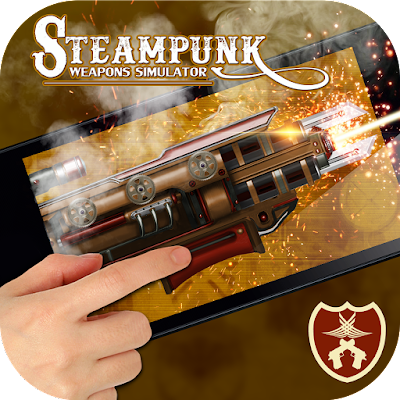 GooglePlay download
We are sure that you have already heard about the steampunk culture and what it represents, but if you haven’t, do not worry, we’ve got you. Perhaps the best way to describe the term steampunk is that this is what the past would look like if the future had happen a little sooner. It can be considered to be an alternate timeline in history that would have happened, of course if the industrial revolution had not happened before that. 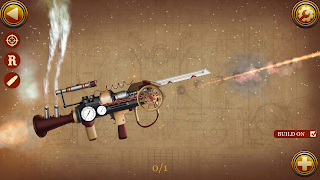 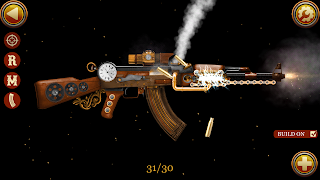 When it comes to steampunk, everything is powered by fire, steam, combustion and etc. so, there are no circuit-boards or any other computer technology. The same goes with this simulator game, where every weapon is machine powered, with pipes, levers and gears and this is what is really great about this steampunk weapon simulator game.
You will be mesmerized to watch all of these parts working together as you load your steampunk weapon and shoot from it. Each and every weapon has an authentic steampunk look with engraved parts, materials like leather, brass, mahogany and copper. These steampunk weapons also have gauges, lamps, clocks, wooden parts and you can even see mini Swiss knives on certain weapons.
The mechanics on all steampunk weapons is authentic, in high resolution graphic and another great thing with this weapon simulator app is the unlimited ammo, which will provide you with the opportunity to shoot as much as you want. 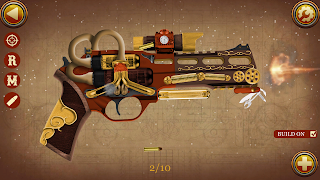 We hope that this app sounds interesting to you, and if you are a fan of steampunk culture and love to play steampunk games we are sure that you are going to love it. The last thing left to be said is, do not miss out on an opportunity to be one of the first ones to download it and test it out. 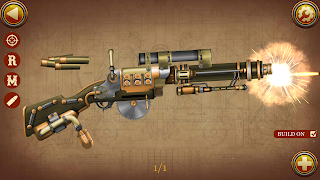